skip to main | skip to sidebar

"NOT A BIG FAN OF THE DARKCLOUD"

The Lady Cherie Dawn C., born in Ripley, Tennessee, raised in St. Louis, Missouri, currently residing in Los Angeles, California, along with her daughter and 2 of her sisters, (of whom along with her non-California sisters, are all also very beautiful and very lovely and very beloved), and they are living within close distance of their unanimously chosen United States Western Coast Beach, of the Great and Magnificent Pacific Ocean.

And, if that man's pertinent CWBT is from his past and not his present, when you ask him of Her, watch him closely and you will see a flash of something in his eyes: You will first see an instant stab of pain in his eyes, which is actually a conduit of his - to now forgotten, but never fully gone - dormant heartfelt pain, which you of course, have just re-awakened in his heart.

And if you have ever suffered the harrowing misfortune of being UnChosen by Her, well, it is akin to you're having been left by Her: By Her you will now have been left like.......

You, Her UnChosen One, have been left by Her, like a serpent in shock, with your serpent eyes dead, and fixed in a lock.

And now, She is gone. She is simply, and She is absolutely innocently, just gone.

She is gone now. She is Gone.

And you, Her UnChosen One, you have simply been left......Like a Serpent in Shock. 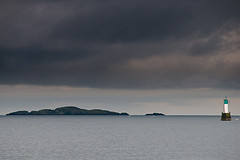 Blogroll: The Very Best of the Best

the darkcloud
Learning and keeping abreast of the complexities of global finance and economics. Credit for my blog goes to the Economic Collapse of 2008, when I realized myself and the masses were much too uninformed and much too vulnerable; Credit for my blog description belongs to C. Wright Mills' book, " The Power Elite", circa 1956; and finally, Credit for my blog's title goes to the Queen of My Life, who belovedly nicknamed me, "Darkcloud".

"derivatives: the crystal meth of finance"

will this allow "the powers that be" to hyperinflate (grow) their own wealth while crushing the real economies of the world? will "tptb" then buy up the world's tangible assets with all the super paper? will we get robbed and a one-world government all in one fell swoop? (submitted by andy s.)

circa 1980's: supply side economics, trickle down economics, deficits create a string of credit-based economy bubbles; union busting; start of self-retirement plans invested & lost in the stock market; tax cuts for the rich.

circa obama - bizarro depression?: "back to the '30's". generations of american commoner taxpayers get the painful bill for the greatest unconscionable, fraudulent, unaccountable transfer of wealth in history. this time, will massive government injections preclude the depression?

why did history repeat itself? the inexperience, memory loss and passing of generations twice in recent american history a unique long-event has occurred. the first time was 1917-1931 (14 years). we all know how badly that time period ended. the long-event did not occur again...until 1995-2006 (12 years). and it's ending badly this time too - continually getting worse and worse. the long-event? during both aforementioned periods - and never anywhere for so long in between - both houses of america's congress (the senate and house of representatives) were in the control of…

...the republican party. if the previous statement did not feel like a kick in the gut, please reread it until it does - it will. add a republican-friendly white house (1921-1933) and (2001-2006) resulting in democrat helplessness and say…hello disaster. twice now. facts support this (former-republican) blogger's theory. do your research. the rethuglican party is to blame for america’s financial and economic ruination (twice now).

but wait - help is on the way - or not!: enter the democrats and "hope and change". bye-bye neocons. so who's being helped now? banksters and investors - the same people? ah, the business/governmennt revolving door. hello neolibs. america's new emperor wears the same clothes as america's old emperor. turns out we just get continued financial irresponsility. well, we had to oust the rethugs and give the the dems a try, right? left-wing, right-wing - - it's all the same bird. (thanks, Paul).

now we all know,

now we all know,

the power elite runs the show.